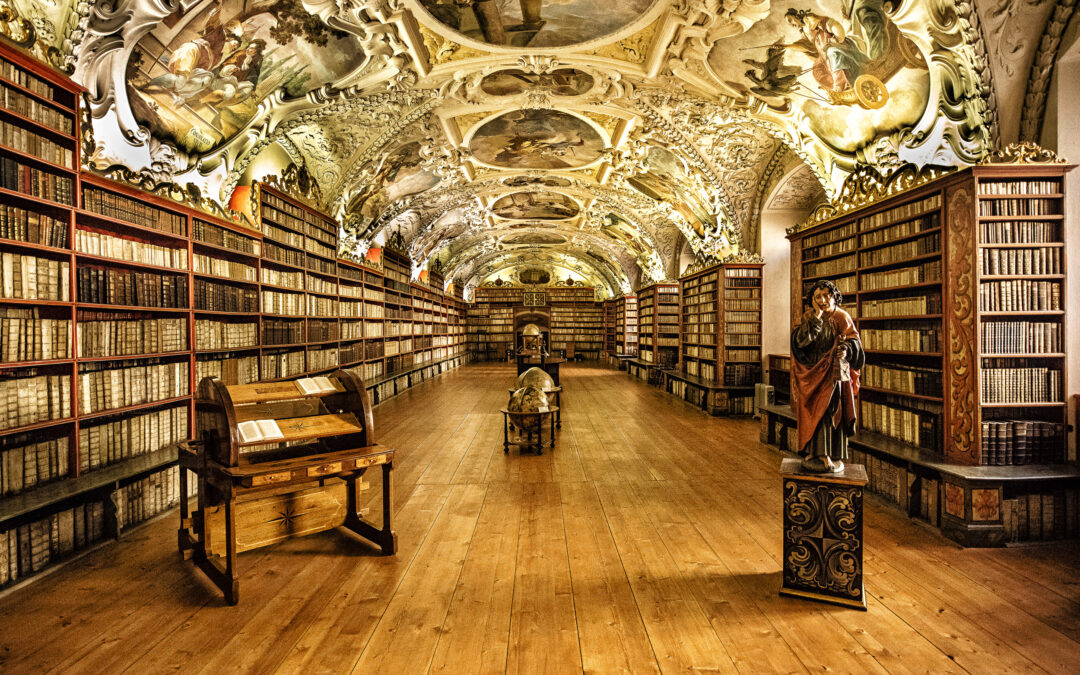 The West’s present sexual Moral Holiday is a product of many interrelated causes. Foremost among them is the widespread and growing ignorance of the Judaeo-Christian moral tradition, specifically, ignorance of the Bible and ignorance of those followers of Jesus and His Apostles, the Early Church Fathers, who preserved and disseminated the Word. This ignorance is facilitated by, among other things, the view that the Bible should be the sole guide of Faith — and that at a time when the Great Speckled Bird is seldom given a perch, and when given one, never leaves it. Moreover, this ignorance is made septic by the faddish acceptance of faulty Scriptural exegeses that distort, or even contradict, the fundamental witness of Judaeo-Christian ethical principles. Exegesis is the explanation or amplification of something. Witness is the faithful passing down of God’s message. Scripture itself, of course, contains exegeses as when Paul says that the story of Ishmael and Isaac is a metaphor (Gal. 4:24-25), when Jesus explains the parable of the sower (Matt.13:11-12), when Joseph interprets Pharaoh’s dream (Gen. 41:25-36) , when Daniel interprets Nebuchadnezzar’s dream and the inscription (Dan. 4-5), when Zechariah interprets visions (Zech.1), and so on.

The Church Father Justin Martyr writing in about the year 150 AD, offers an exegesis of Genesis 1:26 when he writes, “Does not the word say, ‘Let Us make man in our image, and after our likeness?’ What kind of man? Manifestly He means fleshly man, For the word says, ‘And God took dust of the earth, and made man.’ It is evident, therefore, that man made in the image of God was of flesh. Is it not, then, absurd to say, that the flesh made by God in His own image is contemptible, and worth nothing? But that the flesh is with God a precious possession is manifest, first from its being formed by Him, if at least the image is valuable to the former and artist; and besides, its value can be gathered from the creation of the rest of the world. For that on account of which the rest is made, is the most precious of all to the maker.”

Another Father, Clement of Alexandria (d. 215?) offers an exegesis of Jesus’ remark, “All that came before me were thieves and robbers” (John 10:8 ESV), when he explains that the prophets, being sent and inspired by the Lord, were not thieves, but servants because Scripture says, that Wisdom has sent out her servants, the Prophets (Prov. 9:3). In such cases, exegesis removes obscurities or resolves apparent contradictions. The footnotes in any edition of the Bible are exegesis. Much theology is exegesis.

So, exegesis is not inherently wrong. The problem is that of separating false exegesis from exegesis that follows from, and therefore consistent with, what has been witnessed. Exegesis that is inconsistent with witness is false, or, at best, suspect. Much recent Christian theology about sex is faulty exegesis. It allows and even encourages and blesses our Moral Holiday.

Cyprian of Carthage (d. 236), a North African predecessor of Augustine, offers a corrective to overly elaborate and errant exegesis. In his short tract, “That the Secrets of God Cannot Be Seen Through, and Therefore that Our Faith Ought to be Simple,” that is a sub-section of his Twelfth Treatise. He quotes numerous Scriptural passages, among them, the familiar “For now we see in a mirror dimly, but then face to face. Now I know in part; then I shall know fully, even as also have been fully known” (1 Cor. 13:12 ESV ); “And in simplicity of heart seek Him” (Wisdom 1:1 KJV); “Have nothing to do with foolish, ignorant controversies; you know that they breed quarrels” (2 Tim. 2: 23, 24 ESV); etc.

Witness remains in tact from the Old Testament into the New and onward through the Early Fathers. In the old testament prophets, for example, we find numerous warnings about straying from witness such as: “Thus says the Lord God, Woe to the foolish prophets who follow their own spirit and have seen nothing!” (Ezek. 13:3 ESV). In the New Testament,, Paul writes to Timothy, “what you have heard from me in the presence of many witnesses entrust to faithful men, who will be able to teach others also” (2 Tim. 2:2 ESV). And the Fathers give the same warning. Clement of Alexandria writes that we must never follow those who follow the heresies and adulterate the truth, or who “steal the canon of the Church,” who misuse Scripture “by gratifying our own lusts and vanity.” But today, the “great cloud of witnesses” of Hebrews 12:1 has been largely replaced by “a great cloud of exegetes.”

On the difference between witness and exegesis, Henry D. Percival, an editor of the Ante-Nicene Fathers and Nicene and Post-Nicene Fathers, Second Series of early Christian works, wrote concerning the First Council of Nicaea that the question the assembled Fathers considered “was not what they supposed Holy Scripture might mean, nor what they, from a priori arguments, thought would be consistent with the mind of God, but something entirely different, to wit, what they had received.” Percival went on to say that the Fathers understood “their position to be that of witnesses, not that of exegetes,” that they recognized that their sole duty was to hand down what they had received. They recognized but one duty resting upon them in this respect – “to hand down to other faithful men that good thing the Church had received according to the command of God.” Percival continues, “The first requirement was not learning, but honesty. The question they were called upon to answer was not, what do I think probable, or even certain, from Holy Scripture? But, what have I been taught? What has been trusted to me to be handed down to others?” To ask what the Scriptures might mean would be to approach them skeptically; to approach them with a priori arguments would be to approach them with presuppositions. “Truly,” Jesus says, “unless you turn and become like children, you will never enter the kingdom of heaven” (Matt. 18:3 ESV).
Percival’s warning was no innovation. It was a recap: “And the Lord said to me: ‘The prophets are prophesying lies in my name. I did not send them, nor did I command them or speak to them. They are prophesying to you a lying vision, worthless divination, and the deceit of their own minds’” (Jer. 14:14 ESV); “And many false prophets will arise and lead many astray” (Matt. 24:11 ESV); “So then, brothers, stand firm and hold to the traditions that you were taught by us, either by our spoken word or by our letter” (2 Thess. 2:15 ESV); “So that we may no longer be children, tossed to and fro by the waves and carried about by every wind of doctrine, by human cunning, by craftiness in deceitful schemes” (Eph. 4:14 ESV); “Therefore we must pay much closer attention to what we have heard, lest we drift away from it” (Heb. 2:1 ESV); “But false prophets also arose among the people, just as there will be false teachers among you, who will secretly bring in destructive heresies, even denying the Master who bought them, bringing upon themselves swift destruction” (2 Pet. 2:1 ESV); And Jesus said to the Pharisees “‘You hypocrites! Well did Isaiah prophesy of you, when he said ‘This people honors me with their lips, but their heart is far from me; in vain do they worship me, teaching as doctrines the commandments of men’” (Matt. 15:7-9 ESV). Ignatius of Antioch (martyred in the Roman Arena, 107) cautions the Church in Ephesus of “worthless persons carrying about the name of Jesus in wicked guile and hold opinions contrary to the doctrine of Christ to their own destruction.” He warns that we must avoid them as we would wild beasts. He says avoid, not eliminate.