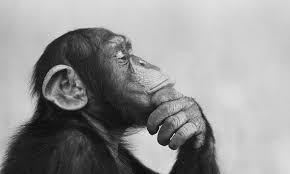 Thoughts for today:
1. Today, November 10, in the aftermath of our tumultuous and still undetermined Presidential Election, is the 227th anniversary of the bloody French Revolution’s Fête de la Raison in which radicals transformed France’s churches into Temples of Reason where God was declared a fiction, crosses removed, cemetery gates were to carry the inscription, “Death is an Eternal Sleep” and the new gods, Reason and Liberty, were to be worshiped — but were acknowledged to be “only creations of the human mind.”
If the French radicals had thought about it, there is little doubt that they would have added that that these new gods, Reason and Liberty, would permit voting by mail, permit counting ballots cast after Election Day, recognize the absurdity of voters identifying themselves, permit voting more than once, and encourage voting by those in eternal sleep.

2. After seeing a bishops opulent and expensive house: “And Jesus saith unto him, The foxes have holes, and the birds of the air have nests; but the Son of man hath not where to lay his head” (Matt. 8:20).

4. Dr. Zeke Emanuel, son of immigrant parents therefore a cultural newcomer to America and chief architect of Obamacare, has said publicly in The Atlantic magazine that life is not worth living over age 75: “I am talking about how long I want to live and the kind and amount of health care I will consent to after 75. Americans seem to be obsessed with exercising, doing mental puzzles, consuming various juice and protein concoctions, sticking to strict diets, and popping vitamins and supplements, all in a valiant effort to cheat death and prolong life as long as possible. This has become so pervasive that it now defines a cultural type: what I call the American immortal. I reject this aspiration. I think this manic desperation to endlessly extend life is misguided and potentially destructive. For many reasons, 75 is a pretty good age to aim to stop.”
Joe Biden is now a shaky 77 years old and a person who, depending on voter fraud investigations, could be inaugurated U.S. President next January. Joe Biden has said he would put Dr. Zeke on his Coronavirus task force.
The Twenty-fifth Amendment to the U. S. Constitution says that if the President becomes unable to do his job, the Vice President becomes the President.
(Confidential to Joe Biden: WATCH YOUR BACK, JOE.)