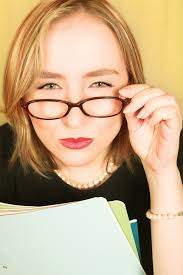 If we “squint,” mentally, in order to isolate the most prominent features of our moral landscape, we see a preoccupation with sex, a malady formerly enjoyed by only a few eccentric libertines, a handful of morally comatose sociopaths, occasional predatory magnates, and numerous adolescents. This new freedom allows, condones, encourages, and sometimes even subsidizes at state expense, practices that were once not only forbidden and even severely punished, but also, seldom publicly discussed. Among such sexual topics addressed by the Oracles and the Fathers are courtship, marriage, divorce, concubinage, celibacy, procreation, virginity, adultery, fornication, birth control, abortion, infanticide, rape, pornography and other lewd spectacles, homosexuality, cross dressing, pedophilia, pederasty, bestiality, sexual exploitation, prostitution, polygamy, polyandry, incest, orgies, nudity, aphrodisiacs, personal adornment, unnatural body modification, and sexually inappropriate language. With the exceptions of marriage and virginity (nowadays often looked on askance), many of these practices are now widely tolerated, legitimized, protected, and sometimes encouraged or subsidized by Church and State, by the very entities that should be the guardians of morality. Our various information and entertainment media are filled with sexual matter that would be absent (or rare) if the morality of the Judeo-Christian Tradition had been maintained. To mention only one medium, in newspapers, we find headlines such as: “When Donald became Deride – in making the transition from male to female, it helps to have a sense of humor,” “Does Sperm Donor mean Dad? – a Very Public Fight with his ex-girlfriend . . . ,” “Transgender Inmate who Sued is Paroled,” “Colorado Finds Startling Success in Effort to Curb Teenage Births,” “Nurse Arrested in Rape of Incapacitated Woman,” “Murder Case Stirs Debate On Abortion And New Law,” “Mormons Will Allow Baptisms Of Same-Sex Couples’ Children,” “Testosterone And the Transgender Athlete,” “Masculinity Isn’t a Sickness,” “Demand for U.S. Sperm Soars in Brazil,” “A Silent Crisis for Gay Priests,” “Germany Is Told to Add 3rd Category of Gender,” “Male Job Seekers Turn to Makeup,” “Pedophile Doctor Left Trail Of Suspicions — and Abuse,” “Transgender Opera Singers Find Their Voices,” and much more.
The destructiveness of the new morality is startling: In the United States, the planet’s current trend-setter, from 1960 to 2014 rapes increased about 250% ; out-of-wedlock births increased ten-fold from 1940 to 2014; abortions increased about 800% from 1943 to 2913. By the year 2016, an estimated 675,000 people in the United States had died of HIV/AIDS. This complex tragedy is a result of the rejection, or ignorance, of the Judeo-Christian tradition about proper sexual relations.
Islam supplies some perspective. The well-connected Muslim traveler, Ibn Battuta, visited most of the lands between his native Morocco and China during the years 1325 to 1354. He repeatedly recounts, offhand, that, as he travelled, he regularly bought, or was given as gifts, slave-girls, and from time-to-time he married wives, all of whom, slave girls and wives alike, he would sell or divorce as he continued his travels. All this was for Battuta’s physical pleasure. Our initial response to Battuta actions might be distaste and shock, but, except for the bit about slave girls, his lifestyle – writ large — looks very much like that of the contemporary Christian West where satisfaction of impulse and desire figure so prominently about sex. The Bible offers a similar example in Rehoboam, son of Solomon who “loved Maacah [his first cousin] the daughter of Absalom above all his wives and concubines (he took eighteen wives and sixty concubines and fathered twenty-eight sons and sixty daughters)” (2 Chronicles 11:21 ESV).
Much of the present moral problem is that the Christian Scriptures (hereafter, simply “the Oracles”) and the early Church Fathers (hereafter, simply, “the Fathers”) are scarcely known today, and when known, widely ignored, and when not ignored and are attended to, are heavily influenced by secular and hedonistic exegesis. The result is that multitudes of nominal “Christians” now accept no-fault divorce, serial marriages, casual sex (including active homosexuality), and same-sex marriage. These “Christians” have much in common with Battuta and Rehoboam, but little knowledge of and respect for the ethical principles of the Oracles and the Fathers. But the cause for the present moral laxity is not simply ignorance. It can, however, be largely subsumed under the ethical theory called , Secular Hedonism, that underpins a non- Christian, and often anti-Christian, worldview. This world view is secular in that it is atheistic or agnostic, and is hedonistic because it sees pleasure as the only good. Even so, Secular Hedonism often masquerades as up-to-date Christianity.