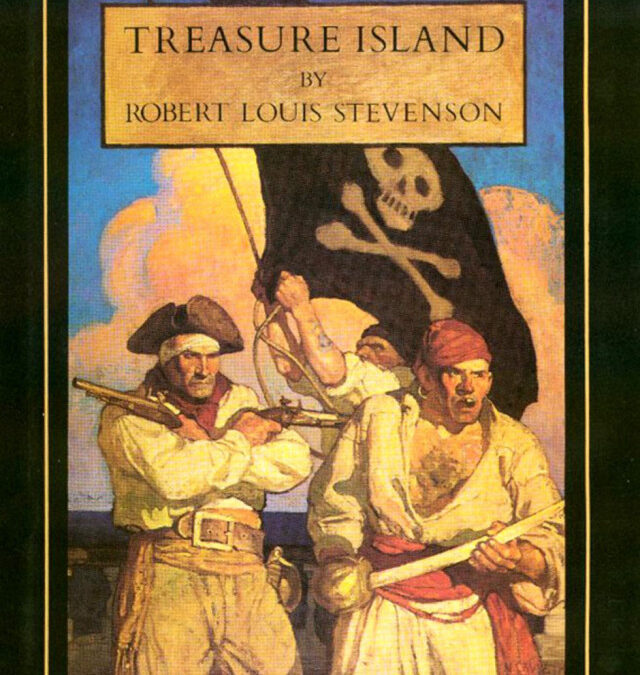 They schemed in secret under a bush. “They all agreed that the world must be changed.” But changed to what? Stevenson’s first reformer is the ideologue that we see nightly in its wild form in the streets of Minneapolis, New York, and Portland, and see daily, somewhat domesticated, in the halls of Congress.
The second reformer is a free- love advocate, a libertine, a Don Juan, a Jeffrey Epstein, a Hollywood celebrity, an advocate of homosexual relationships and same sex marriage (which, of course, is not marriage), and, who ultimately, to be consistent, is someone who must be an advocate of sex by anyone with anything under any circumstances.
The third who wants to abolish God and thereby abolish objective value is an atheist who might be teaching at a college or seminary somewhere. And the fourth is nothing but a lazy sluggard, saying “I wish,” not “We must,” as the other reformers say.
In the final words of Stevenson’s poem, C.S. Lewis probably found the title of his book, The Abolition of Man, a work in which Lewis defends objective value against ethical emotivism, the view that value judgments are nothing more than the expression of likes and dislikes. Neither Stevenson nor Lewis were newcomers to this controversy. Both recognized that objective values exist, a recognition that has been commonplace throughout written history, except for occasional crop of moral eccentrics who deny objective values. A few weeds always appear in every garden. St. Paul, with gentle admonitions, twice tried to weed the Corinthian garden. Two hundred years before Paul, the Roman general Mummius weeded it severely, and the Ottoman Turks– as was their custom – destroyed weeds and all in 1458. One of Paul’s companions, an early bishop of Rome, Clement, tried his own hand at it few years after Paul’s letters when he wrote to Corinth,

Every kind of honor and happiness was bestowed upon you, and then was fulfilled that which is written, “But Jeshurun [i.e., Israel, poetically] grew fat, and kicked; you grew fat, stout, and sleek; then he forsook God who made him and scoffed at the Rock of his salvation” (Deut. 32:15). Hence flowed emulation and envy, strife and sedition, persecution and disorder, war, and captivity. So, the worthless rebelled against the honored, those of no reputation against such as were renowned, the foolish against the wise, the young against those advanced in years. For this reason righteousness and peace are now far departed from you, inasmuch as everyone abandons the fear of God, and is become blind in His faith, neither walks in the ordinances of His appointment, nor acts a part becoming a Christian, but walks after his own wicked lusts, resuming the practice of an unrighteous and ungodly envy, by which death itself entered into the world.

Paul and Clement and Stevenson and Lewis could just as well have been condemning 2020’s American rioters: “But Jeshurun grew fat, and kicked; you grew fat, stout, and sleek; then he forsook God who made him and scoffed at the Rock of his salvation.” To forsake God is to forsake objective value and make mankind nothing but one more collection of physical objects to be treated by reformers as only physical objects – the Abolition of Man.
In Minneapolis, New York, and Portland, wealthy rioters, rioters paid to riot, rioters on welfare, all have had leisure time for mayhem. Decadence follows prosperity: the more time spent enjoying what you can newly afford, the less time for anything else. Before Stevenson and Lewis, even before Paul and Clement the “Song of Moses” — which Clement quoted above– saw the link between atheism and the rejection of objective values:

They have dealt corruptly with him;
they are no longer his children because they are blemished;
they are a crooked and twisted generation. Do you thus repay the Lord,
you foolish and senseless people?
Is not he your father, who created you,
who made you and established you?
Remember the days of old;
consider the years of many generations;
ask your father, and he will show you,
your elders, and they will tell you.
When the Most High gave to the nations their inheritance,
when he divided mankind,
he fixed the borders of the peoples
according to the number of the sons of God.
But the Lord’s portion is his people,
Jacob his allotted heritage.
He found him in a desert land,
and in the howling waste of the wilderness;
he encircled him, he cared for him,
he kept him as the apple of his eye.
Like an eagle that stirs up its nest,
that flutters over its young,
spreading out its wings, catching them,
bearing them on its pinions,
the Lord alone guided him,
no foreign god was with him.
He made him ride on the high places of the land,
and he ate the produce of the field,
and he suckled him with honey out of the rock,
and oil out of the flinty rock.
Curds from the herd, and milk from the flock,
with fat of lambs,
rams of Bashan and goats,
with the very finest of the wheat—
and you drank foaming wine made from the blood of the grape.
But Jeshurun grew fat, and kicked;
you grew fat, stout, and sleek;
then he forsook God who made him
and scoffed at the Rock of his salvation.
They stirred him to jealousy with strange gods;
with abominations they provoked him to anger.
They sacrificed to demons that were no gods,
to gods they had never known,
to new gods that had come recently,
whom your fathers had never dreaded.
You were unmindful of the Rock that bore you,
and you forgot the God who gave you birth.
The Lord saw it and spurned them,
because of the provocation of his sons and his daughters (Deut. 32:5- 19 ESV).

Jeshurun (Israel), who scoffed at the Rock, was a pirate and a progressive.