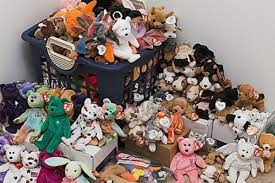 Over the centuries, reversals of frankness in Christians’ discussions of sex have been dramatic. Clement of Alexandria (d. 215?), Lactantius (d. 320), to cite only two Early Church Fathers, were at times quite explicit. After a millennium and a half of ups and downs of taste, the Nineteenth century’s Victorian Morality led some scholars to translate steamy passages of these Fathers from the original Greek into Latin, and to leave Latin originals untranslated. This happened, strangely, at a time unlike today, when Latin, and even Greek, was still rather widely read.

So, we cannot help but wonder what motivated the Victorians? Even though the writings of the Fathers were not exactly Holy Scripture, this Victorian “censorship” oddly echoed the Medieval Church’s desire to keep Scripture from being translated into the vernacular and then misunderstood, a desire somewhat vindicated by the subsequent and unfortunate proliferation of heretical sects and denominations. Medieval anti-vernacular sentiments had odd effects. After the Bible translator John Wycliffe’s death in 1384, Pope Martin V confirmed that Wycliffe was a heretic and had his bones dug up and burned along with his books. This posthumous incineration took place about thirty-five years after the publication of Boccaccio’s naughty and explicit Decameron, for which neither Boccaccio nor his books were burned. Oddly (again), and on the other hand, numerous theologians in today’s read Scripture in its original languages but publish heretical books. So, we must look elsewhere for causes of error.

The Victorian Christian scholars were not unique in attempting to hide sexy content, and examples of this phenomenon are not difficult to find. In 1886 the pioneering Austro-German psychiatrist Richard Von Krafft-Ebbing published his sensational Psychopathia Sexualis entirely in Latin, and even as late as in its twelfth edition (English ed., 1906) we read, “The sale of this book is strictly limited to members of the medical and legal professions, to teachers of and post-graduate students of the subject, educational institutions, libraries, book jobbers and bookstores, and not to the general public” [my italics]. In 1889, the great Sanskrit scholar, Ralph Griffith, when translating his Hymns of the Rgveda, encountered a passage so shocking that he could not translate it “into decent English.” So, he translated from Sanskrit into Latin and then hid the Latin translation away in an otherwise rather boring and un-read appendix.
The lesson is not that these Victorians were overly prudish. Rather, the lesson is that in every age, people fall into various types of odd collective behavior which they take to be the norm, and from which they see no reason to extract themselves. And that is often the cause of much error or strange behavior. Collective behavior consists of mass delusions, collective obsessions, intellectual movements, hysterical contagions, and various fads — fads of dress, speech, art, music, politics, literary style, leisure activities, you name it. Some fads are benign: flying saucer sightings, wine types, Beanie Babies, French cooking, skateboarding, broccoli, turmeric. Some are beneficial: opposition to slavery, converting the heathen, concern about exercise and diet, national defense. And many are pernicious: toad licking and other psychedelic ingestion, the South Sea Bubble, lynchings, Communism, National Socialism, gender choice, abortion. Unfortunately, the most energetic forms of collective behavior have more in common with cattle stampedes than with rational human behavior.
At one end of the moral spectrum, Victorian scholars participated in a collective behavior that led them to attempt to hide sexually explicit material from general consumption for the sake of propriety. At the moral spectrum’s other end, we find our current “anything goes” sexual morality with its free love, abortion, uncontested divorce, artificial birth control, homosexual relationships, same-sex marriage, pornography, and gender choice. Our various information and entertainment media are filled with sexual matter that should be absent (or rare) if the morality of the Judaeo-Christian Tradition had been maintained intact since about the rise of Modernism after the First World War. We now open our newspapers to find headlines such as: “When Donald became Deride – in making the transition from male to female, it helps to have a sense of humor;” “Does Sperm Donor mean Dad? – a Very Public Fight with his ex-girlfriend . . . ;” “Transgender Inmate who Sued is Paroled;” “Colorado Finds Startling Success in Effort to Curb Teenage Births;” “Nurse Arrested in Rape of Incapacitated Woman;” “Murder Case Stirs Debate On Abortion And New Law;” “Mormons Will Allow Baptisms Of Same-Sex Couples’ Children;” “Testosterone And the Transgender Athlete;” “Masculinity Isn’t a Sickness;” “Demand for U.S. Sperm Soars in Brazil;” “A Silent Crisis for Gay Priests;” “Germany Is Told to Add 3rd Category of Gender;” “Male Job Seekers Turn to Makeup;” “Pedophile Doctor Left Trail Of Suspicions — and Abuse;” “Transgender Opera Singers Find Their Voices;” And on a busy thoroughfare, a billboard a physician’s 14’ x 48’ billboard advertising Vagina Tightening; in the supermarket, “Ménage à Trois” wines, “Naughty Nude” makeup, and “Bear [sic] Naked” breakfast cereal. This is not only a local Western problem. Our immorality is being spewed out all over the world through our various media — all in the name of free speech.
The prudishness of the Victorians was a fad, but a relatively benign one. The present “anything goes” morality is a fad, but it is immoral and pernicious as the the Judaeo-Christian Scriptures and that the writings of the early Church Fathers show. It is not at long last the discovery of what human sexual ethics really should have been all along. It is not the sexual ethics which, if only we had had the knowledge, or the lack of superstition, or the courage, to face up to it, is what is really right and moral apart from religious values. instead, it is the revival of ancient heresy and pagan idolatry, and a fad, a delusion on a par with the Beanie Baby craze.