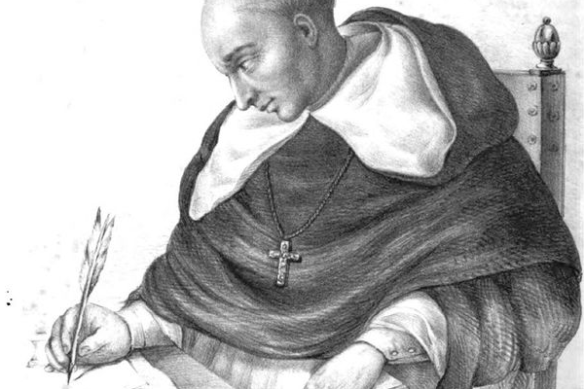 A few years ago, I stopped for fuel at a rural South Carolina truck stop that had, among other things, some baseball caps for sale. The message on one cap read, “If I Can’t Lure You With Logic, Maybe I Can Bedazzle You With B___ S___” (the “B___ S___” was spelled out). A more up-scale reference to, bedazzlement appears in Shakespeare’s satirical “Love’s Labour’s Lost,” in which Biron fails to bedazzle Rosaline with his B.S. and apologizes:

O, never will I trust to speeches penn’d, Nor to the motion of a schoolboy’s tongue, Nor never come in vizard to my friend, Nor woo in rhyme, like a blind harper’s song! Taffeta phrases, silken terms precise, Three-piled hyperboles, spruce affectation, Figures pedantical; these summer-flies Have blown me full of maggot ostentation . .

What do baseball caps and Biron’s apology have to do with Sexy Christian footnotes? Well, some Christian academicians writing about my favorite topic, Christian sexual ethics, lard up their work with bedazzling footnotes. Consider, for example, the number of notes per page in several recent works by Christian scholars writing about sex: 3.08, 2.98, 2.78, 2.53, 1.93, 1.43, 1.16. While a non-fiction work without a few footnotes is like a kiss without a moustache, a work overloaded with footnotes is often looks like an attempt to bedazzle readers into acceptance of dubious profundity.

Of course, when these scholars were students, they were rightly warned not to plagiarize. Now they make overly sure that they don’t. Footnotes show where an author got information, serve as evidence for some assertion, and as guides for further reading. But citing a work is no guarantee that what that work contains is true, relevant, or sensical.

Composers, painters, moviemakers, and other artists frequently borrow and “quote” existing works, but nobody (except the occasional rock star) calls that plagiarism.  Maybe it’s o.k. to borrow from a dead source (they don’t sue) but contemporary authors on Christian sexual ethics usually cite their living contemporaries. That’s probably why some scholars prefer bedazzlement to plagiarism: it’s easier to get away with bedazzlement.

Footnotes are aggravatingly selective because civilization is in large part an accretion with a long history, a mixture of the ubiquitous, the obvious, the esoteric, the unique, the new, the true and workable, and the false. So, there are few non-arbitrary places at which to recommend, “Don’t footnote this,” or “Footnote that.” An aggressive mind seeks to bedazzle, a timid mind fears plagiarism, and yet some scholars bedazzle with footnotes! — Dr. Jekyll and Mr. Hyde on campus.

Paradoxically again, apart from composers, painters, and moviemakers, occasional “acceptable” plagiarism pops up. When well-regarded people get caught at it, they face no consequences because their followers don’t care very much about shady things that their heroes do. Recall, for example, (a) the numerous MLK Boulevards and (b) the net worth of some popular plagiarizing authors, and (c) the “plagiarism” that occurs when politicians and celebrities use speech writers and ghost writers. On Academy Awards night or from the floor of the House or Senate, you’ll never hear, “Few of the words I speak tonight are actually mine. They are, instead, fine words written by others. I’m actually incapable of thinking such stuff up.”

Someone once said, approximately, that old heresies never actually die, they just go to America where they become pet theories. That might explain the motivation for some theologians’ need to look far afield for material, and footnote it. When we examine the works cited in these varied footnotes, we see books similarly full of footnotes, and if we examine the footnotes in those books, we are referred to other books crammed with footnotes, and so on. Such a regress eventually should end in Scripture, or in the accumulated knowledge of the Church, but often it does not. Judeo-Christian theology should have a universal tone, but works with excessive and bedazzling footnotes are often ethnocentric productions of contemporary American thinkers whose main sources are other contemporary ethnocentric Americans whose sources are . . ..

These contemporary works cite sociologists, psychologists, anthropologists, linguists, Classicists, political activists, and even the popular press, but such references can be a “misuse of authority,” an appeal to expertise irrelevant to the subject at hand. This suggests that some theologians now tend to see their work largely in terms of their own contemporary culture, and, similarly, tend to view the Scriptures in terms of the cultures that produced them. Consequently, the Scriptures can become little more than a hodgepodge of diverse inputs: Egyptian, Assyrian, Babylonian, Stoic, Neo-Platonic, or whatever, at the expense of the central Judeo-Christian message. Given the three-thousand-year sweep of the Judeo-Christian tradition, one cannot but wonder if some of our contemporaries have had anything more than a glimpse of theological truth — or could even recognize it.

(You probably no longer wonder what lesbian pigeons have to do with the Good News of redemption flowing out of Scripture, but if you do, they’re about bedazzlement.)