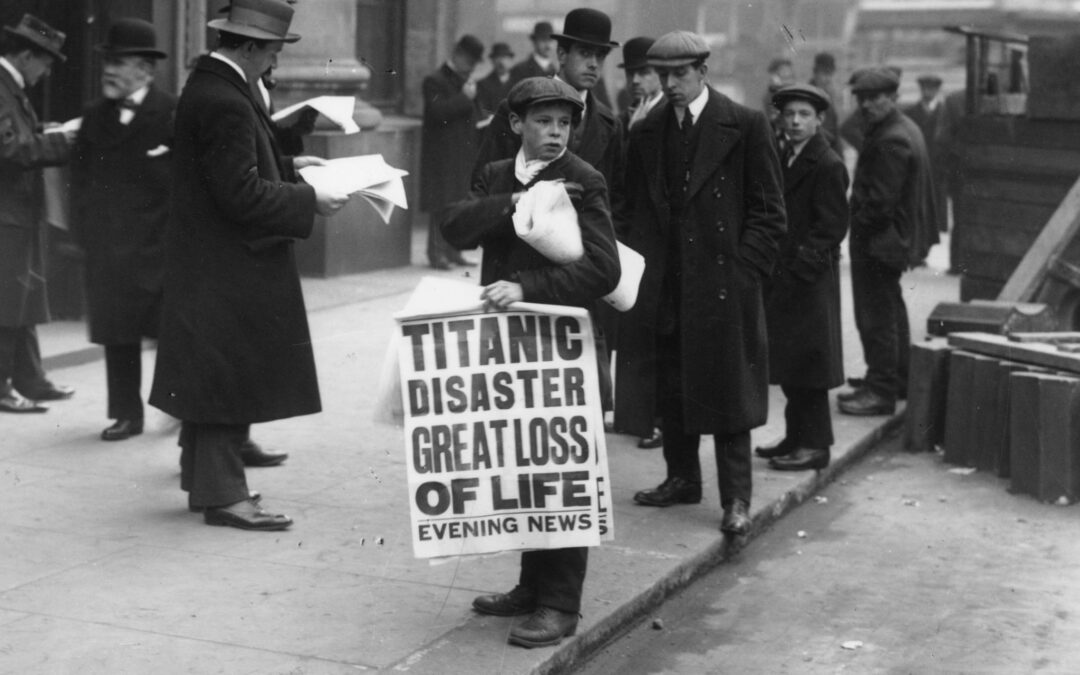 Not so long ago, everyone got most of the news from newspapers. These newspapers were supported largely by the advertisements that appeared in them. Today, the electronic media have taken most of that advertising income, and further technological progress will eventually reduce newspapers to insignificance just as the internal combustion engine did for horse and mule powered transportation. A dramatic decline in the quality of America’s local newspapers has accompanied this loss of advertising income. But economics and advertising tell only half the story.

The differences in the 1938 and 2020 frontpages are stark. The recent paper carries only three news stories instead of thirteen. It ignores important news to make space for inconsequential drivel. Its two bizarre feature items are, in essence, only the same item split in order to give the appearance of two. Moreover, this bizarre news is just propaganda for immoral sensualism. The article, “Court Pick Intensifies Senate Race,” is the only national news item on the 2020 frontpage except for the ad about the article on Amy Barrett that has been packed away on page A15. And there is no international news anywhere on the page.

A planet with seven and a half billion inhabitants scattered among about 200 nations produces myriads of important news events every minute, but we are offered information about a few locals citizens who flaunt their disregard of traditional morality and about some mentally unhinged trans people now idolized as apostles of a new sexual freedom — a freedom which, you know, should have, uh, been recognized and applauded centuries ago — if only, maybe, civilization had not always been, kinda-like, so jam-packed with narrowminded bigots.

But once you open the door to sex outside conventional marriage, there is no remaining rational barrier anytime, anywhere, with anything, to anything about sex. As for the mentally unhinged, there is no more sanity in a male who claims that inside him is a female trapped within the wrong body (or vice versa) than there is sanity in a man or woman who claims that he or she is Cleopatra or Napoleon or Gen. Lee’s horse Traveler trapped within a contemporary body. (More of this at length in my 450-page work, “Some Fatherly Advice about Sex: What God the Father and the Early Church Fathers Say.”)
Although electronic competition has reduced newspapers’ income, that alone does not account for the devolution of former substance into contemporary junk. Today’s prurient loss of perspective, and today’s inconsequential news, and today’s propaganda in drag posing as news, are not caused by technological advance. Something else is required. That something else is a newspaper’s staff’s choices. Every article in every edition of every newspaper (or in any other medium) is the result of someone’s choice to publish one thing rather than another. And that is the other half of the story of decline: Bad, bad choices.

I began by mentioning advertising, and I end, penultimately, with a few words about it. Advertisers are typically responsible for the products that they produce such as cars, paint, food, drugs, etc. Advertisers would do well to look carefully at the publications in which they place their ads. These ads make possible the content, even the existence, of newspapers. To place an ad is not “just a business decision.” It is a moral decision.

Finally, I am puzzled why should anyone continue to subscribe to newspapers with objectionable content when the more substantial information that they contain – or what now there is of it — is readily available elsewhere.