Epidemiologists and the End of the World 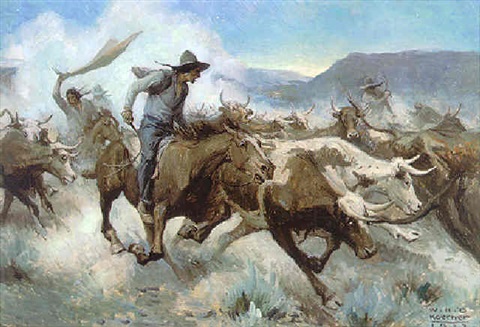 Our planet’s population is about 7.8 billion scattered over about 200 nations, yet from TV news we now see and hear nothing but alarmist, repetitious, and mostly worthless content about the coronavirus. It is advantageous to TV news (and to our newspapers) to stir up as much anxiety as possible to keep people watching (and reading).This news is now on a “ventilator” of sorts, temporary life support system for which, paradoxically, it can thank itself, the coronavirus, the politicians, and the epidemiologists. Millions of Americans out of work and sequestered at home is just what the news-works need to halt, for a moment, their descent into little more than ad platforms for pills, exercise machines, and attorneys. But this boost cannot last. Once the virus subsides, or hides, or departs, and a quiescent herd immunity replaces the stampede herd mentality of the present panic, the fall will continue. Eventually, the deadly competition for the advertising dollars that are now being sucked up by the internet will have its inevitable effect.
At the outset, the epidemiologists admitted that they did not know much about the virus, but they still predicted possibly 2 million U.S. deaths. Fortunately, that was a gross overestimate. We probably will never reach even 1/20th of that. But ponder what the New York based media, the politicians, and epidemiologists have done to the nation’s workers by hyperventilating about high death rates that tragically are being reached only in a few radically a-typical, semi-assimilated immigrant packed New York neighborhoods in the Bronx and Queens, N.Y. Congressional District 14, the “epicenter of the epicenter” as someone has called it.
Here is a little lesson about predictions. It is not from “scientists,” but from theologians. The fields of study are somewhat different but the causes for the falsity of their predictions are similar, namely, lack of evidence, or incorrect presuppositions. The predictions in the lesson are about the date of the Second Coming. St. Irenaeus (d. 202), said that it would be in the year 500. Saint Gregory of Tours (d. 594), said it would be between 799 and 806. Pope Sylvester II (d.1003), said January 1, 1000 (he was one of many who picked that year – nice round number!). Pope Innocent III (d. 1216), 1284. Cardinal Nicholas of Cusa (d. 1464), between 1700 and 1734. Martin Luther (d. 1546), no later than 1600. Michael Servetus (d. 1553 at the hand of John Calvin), 1585. Cotton Mather (d. 1728), first chose 1697, then when that was wrong chose 1716, then when that was wrong chose 1736. Sir Isaac Newton (d. 1727, a scientist of sorts and an amateur theologian) chose 2016 and 2060. The only date on the list not proven false is Newton’s yet untested date of 2060.
You might object that the predictions are not from hard-nosed scientists such as epidemiologists (except for Newton) and that they are only (a contemporary prejudice) from theologians. I wonder.