A question about Christian ethics 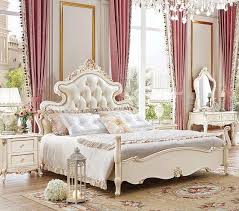 On a topic in Christian sexual ethics:

For three-quarters of a century people have debated the meaning of St. Paul’s term, arsenokoites (from arsen, man and koites to lie with). In the Bible, the term only appears at 1 Cor. 6:9 and 1 Tim. 1:10. The King James Version of the Bible, following John Wyclif, translates arsenokoites as “abusers of themselves with mankind.”  The English Standard Version translates the term as “men who practice homosexuality.” There are other similar renderings, but since the publication of (deceased) Yale Professor John Boswell’s brilliant, eccentric, and controversial Christianity, Social Tolerance, and Homosexuality (1980), various writers have argued that such translations are misleading, dubious, inaccurate, or false. Others have defended these translations.

Here I want to examine the remarks of another Yale Professor, Dale B. Martin (retired), who, in his 2006 book, Sex and the Single Savior, discusses arsenokoites and claims that it is “linguistically invalid” and “highly precarious” to try to ascertain the meaning of a word by taking it apart – specifically by dividing arsenokoites into arsen and koites. He cites as examples of such  “invalid” and “precarious” attempts understand and chairman and says that understand does not mean to stand under; and for chairman, he offers a different argument, namely that nobody   thinks that chairman now has any reference to a chair, “even though it originally did.” He further says that it is a mistake to define a word by its (assumed) etymology and goes on to say that all definitions of arsenokoites that derive its meaning from its components are “naïve and indefensible” and that “the claim that arsenokoites came from  the combination of these two words and therefore means ‘men who have sex with men’ makes the additional error of defining a word by its (assumed) etymology. The etymology of a word is its history not its meaning.” A few pages onwards he says that he does not know what arsenokoites means (pp. 37-45).

To begin, note that “highly precarious” is not the same as being impossible. Moreover, even if Prof. Martin might find some words such as understand and chairman that (he claims) the meaning of which is not the meaning of  their parts, it certainly would not  follow  that all  attempts to find the meaning of a compound word from the meanings of its component words are “naïve and indefensible.”

One such “naïve and indefensible” attempt, however, does teach us a lesson. Suppose that a person noticed that arsen looks much like arsenic and that koites looks much like koi (a giant goldfish) and then concludes that arsenokoites denotes a fish poisoner. Absurd? Yes. It is absurd because, if we follow Martin’s advice and refuse to connect the meaning of a compound word with the meanings of its parts, or with its history (etymology), we are left with the meager theory that the meaning of a word is nothing but its use, so that if I use dog to refer to a cat, and ignore the word’s history,  I have made no mistake!  But meaning is typically guided by, and tied to, its etymology. That is why, for example, Shakespeare’s audiences understood his neologisms and did not leave the theater wringing their hands about what his bedazzle and disheartened meant. The arrived at the theater already knowing the meaning of be, dazzle, dis, and heartened. They just had never put them together in that way before.

Given the multitude of such words the meaning of which is to be found in their parts, it is puzzling why Prof. Martin even came up with his theory and attempted to defend it with understand and chairman. To my mind, chairman is not a good example: it’s no stretch to combine chair (i.e., the seat of authority) and man (i.e., human being). On the other hand, understand, might or might not mean to stand under. I leave it to my readers to slog through Oxford English Dictionary with its fifteen-and-a-half three-column pages on stand, its  six three-column pages on under, and its three-and-a-half three-column pages on understand, to figure that one out.

The consistent view throughout the Bible and the writings of the earliest Church Fathers is that sex is permissible only within marriage: one man, one woman, one marriage. Polycarp, Irenaeus, Clement of Alexandria, and Cyprian, for example, have all quoted 1 Cor. 6:9 within such a context.