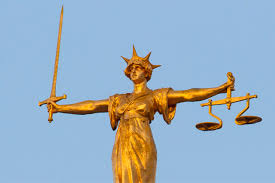 Someone asked if Barack Obama should be prosecuted for treason. I do not know the answer to that since I am not privy to what Mr. Obama might or might not have, done. I can, however, suggest an answer about how, in general, we should treat any accused person.
Judaeo-Christian Scripture warns, “For the Lord your God is the God of gods and Lord of lords, the great, mighty, and awesome God, showing no partiality and taking no bribe” (Deut. 10:17); and “You must not act unjustly when deciding a case. Do not be partial to the poor or give preference to the rich; judge your neighbor fairly ” (Lev. 19:15); “Acquitting the guilty and condemning the just—both are detestable to the Lord” (Prov. 17:15). In brief, impartiality is God-like.
Unlike today, in the Sixteenth and Seventeenth Centuries, many secular writers were still familiar with Judaeo-Christian principles. And they were literate enough to put it into memorable prose: “Let justice be done, thought the world perish” (Ferdinand I of Spain) “Let justice be done though the heavens fall” (William Watson). That is the guide.