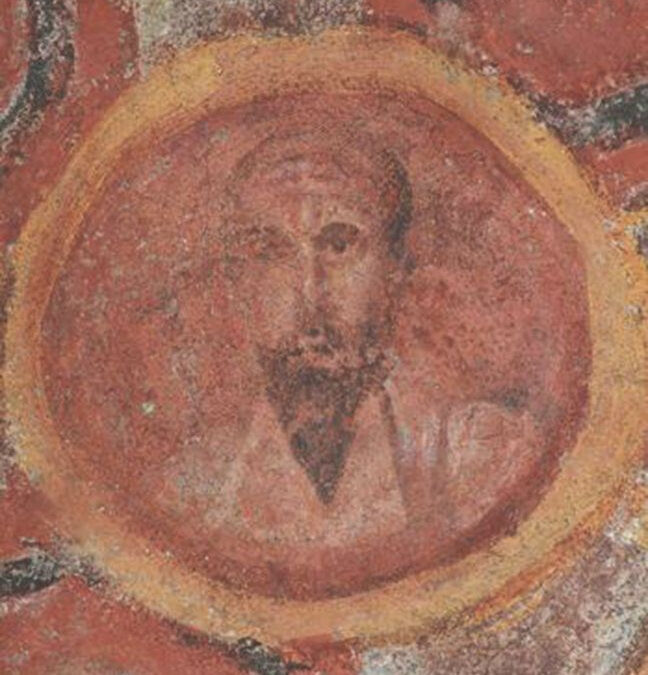 Witness attempts to report; exegesis attempts to explain. Witness is necessary for the preservation of the Judaeo-Christian Faith and its moral standards. Exegesis is useful, at best. Both witness and exegesis can be correct or mistaken, but exegesis is more likely to err because while witness repeats, exegesis comments. Witness can exist without exegesis, but exegesis cannot exist without witness (or without some prior exegesis) Exegesis is therefore parasitic upon witness (or upon prior exegesis). “Exegesis of exegesis of . . .” is the history of theology.

Exegesis is like augury. Both inspect something and both attempt to extract a meaning from it. The exegete studies words, augurs study animal parts and activities (e.g., what a sheep’s liver looks like, what the chickens are doing). Minucius Felix, the Roman jurist and convert to Christianity, early in the Third Century wrote that there is no reason to believe the auguries because they are so often wrong. Take, for example, he says, Roman generals seeking information about victory or defeat. There is no consistency in what the augur predicts. Clodius lost his army and did not consult the augurs. Regulus, Mancinus, and Paulus observed the positive auguries but were defeated anyway. Gaius Caesar defied the negative auspices and conquered. Minucius Felix was ridiculing pagan superstition. He did not explicitly ridicule faulty Scriptural exegesis. His point, however, applies both to pagan superstition and to faulty Scriptural exegesis. Perhaps the clearest (and least controversial) examples of such exegesis occur in predictions concerning the year of Second Coming. (Relevant Bible passages are Dan. 7:25, Matt. 25:31-46, and Rev. 11:2 – 13:5.) Here are a few of the many such predictions by better- known writers, most of them theologians: Irenaeus, Bishop of Lyon (d. 202), said the Second coming would be in the year 500; Bishop Gregory of Tours (d. 594), said between 799 and 806; Pope Sylvester II (d.1003), January 1, 1000 (one of many theologians who picked that year); Pope Innocent III (d. 1216 ), 1284; Cardinal Nicholas of Cusa (d. 1464), between 1700 and 1734; Martin Luther (d. 1546), no later than 1600; Michael Servetus (d. 1553 at the hand of John Calvin), 1585; Cotton Mather (d. 1728), first chose 1697, then 1716, then 1736; Isaac Newton (d. 1727), chose 2016 and then 2060. The only date on the list not proven false is Newton’s yet untested date of 2060, a date that is only a few decades away. Perhaps some of my readers will still be alive then to check it.

There is no limit to what might inspire false exegesis: theologians’ own preconceptions, existing exegeses, the social sciences, politics, the hard sciences, philosophy, archaeology, literature, the press, other religions, and the spirit of an age.
Deviant exegesis generates absurdity, schism, and heresy. Faulty exegeses have caused much of the Christian West to wander off on its present Moral Holiday in pursuit of selfish pleasure, in pursuit of what Paul calls “works of the flesh:” “sexual immorality, impurity, sensuality, idolatry, sorcery, enmity, strife, jealousy, fits of anger, rivalries, dissensions, divisions, envy, drunkenness, orgies, and things like these” (Gal. 5:19-21 ESV). Note that Paul says, “And things like these.” He is aware that he cites only symptoms of the disease. The disease is what he calls “works of the flesh.” Such works amount to taking as one’s ultimate concern to be oneself, rather than taking it to be God. (That is my exegesis of Paul.)